Hunters that choose to hunt in Mexico with Ward's Outfitters MX are in for a great adventure. Ward’s Outfitters MX Leases and has exclusive access to over 150 k acres of Prime Coues Deer ranches. Ward’s Outfitters MX has been helping hunters achieve their Coues deer goals in Old Mexico for over 15 years. Our Mexico method of Coues Deer hunting varies from ranch to ranch with some ranches offering the chance to utilize high powered optics and steep terrain and other ranches offering the opportunity to sit the life blood of the desert Water holes. On average hunters can expect to see 60 to 100 deer a day. Our Mexico Coues Deer rifle success remains 100% and our Archery Coues Deer success is still 100% opportunity and 95% success.

Hunters that choose to hunt Coues Deer in Arizona with Ward's Outfitters LLC are in for a real treat. Don’t be fooled just because you are hunting Coues Deer in the states, we have some awesome ranches that consistently produce trophy Coues Deer. Our firearms success rate On Coues Deer is 100% with most animals scoring 95 inches or better. Hunters can expect to see four to eight Coues bucks a day. Primary means of hunting Coues Deer will be long hours of glassing with high quality optics. Our archery success on Coues Deer is 99%with most Coues buck trophies scoring over the Pope & Young minimum. If you are looking for a very exciting Coues Deer hunt with multiple stocks a day, then come hunt with us during the season of August and September when the weather is hot but not as hot as the Coues Deer hunting. Hunters can expect to see on average 10 to 20 Coues bucks a day. Hunters will be able to experience the thrill of three kinds of hunting. Spot and stalk with high quality optics, tree stands, water holes, natural mineral licks, and still hunting. For you hunters that want to hunt Coues Deer during the rut you will experience 90 pound Coues bucks acting like they are in the heavy weight class. Don’t be fooled by their size, Coues Deer are very aggressive and respond well to calling.

In contrast to a mule deer’s equally branching antlers, those of the whitetail Coues consist of a number of tines arising from a main beam which curves forward. Mature Coues Deer bucks generally have three to four tines per side.

Coat color of the Coues Deer is grayish-brown salt-and-pepper with white underparts; the face is marked with white ‘halos’ around the eyes and a white band across the muzzle. The most distinguishing characteristic of the whitetail Coues Deer is its long, broad tail. The tail is all white on the underside, gray to reddish-black on top, and is often carried high as an alarm signal.

The Coues deer is much smaller than most of its eastern cousins. Coues Deer Bucks stand just over 30 inches at the shoulder and rarely weigh over 100 pounds. Coues Deer Does average 65 pounds.

A Coues Deer doe’s first pregnancy usually results in a single fawn; thereafter she may bear twins. Fawn drop coincides with the new growth following the summer rains. Usually, a Coues whitetail fawn will stay with its mother longer than a mule deer will.

The Coues white-tailed deer is perhaps Arizona’s finest game animal. Wary, and expert at using cover, Coues whitetails rarely offer the hunter a standing shot once jumped. Perhaps for this reason, the species has become increasingly important in the harvest. Although the statewide take has varied from 1,500 to more than 7,000 Coues whitetails a year, depending on the vagaries of drought and fawn survival, the recent trend has been for this species to constitute an ever greater proportion of the statewide harvest. For example, Coues whitetails comprised less than 15 percent of Arizona’s deer harvest in 1961 but today, they comprise over 40 percent of total deer harvested. 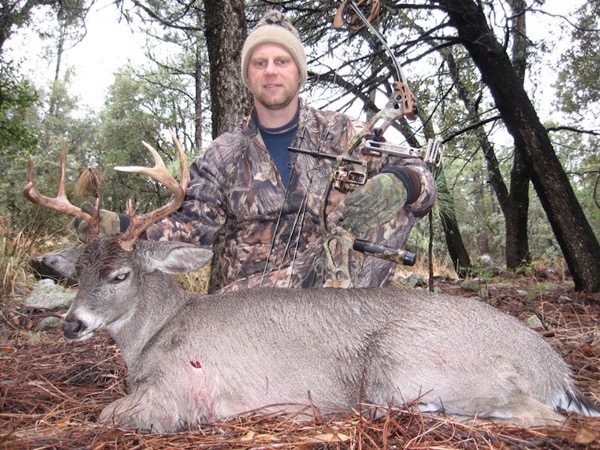 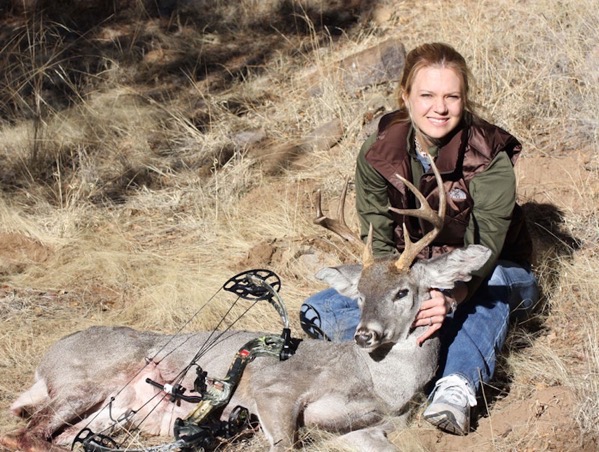 When seen at a distance, two distinguishing characteristics between the species are evident in their tails and gait. The Coues has a flagging white tail and a more natural run. Mule deer on the other hand ‘run’ using a stiff legged, bounding gait. When at a closer range, other differences include facial markings, ear size, and antler configuration. In addition to physical features, habitat preferences vary. In Arizona’s southern mountain ranges whitetails are generally found at higher elevations than are mule deer.

While hunting with Ward’s Outfitters you will have the opportunity to hunt some of the best coues deer habitat available in both Arizona and Mexico.