While hunting with Ward’s Outfitters, you will have the opportunity to hunt some of the best Mule deer habitat available in both Arizona and Mexico. Those who choose to hunt in Mexico, be prepared to have the hunt of a life time! You will be hunting on ranches that are extremely well managed. The ranches produce bucks that will exceed 30 inches and score over the 190 inch class. Hunters can expect to see three to five bucks a day, with many scoring over 180 inches.

Those who choose to hunt in Arizona with Ward's Outfitters LLC, are in for some non-stop action. We have highly managed ranches, that consistently produce trophy animals. Those who choose to hunt during the firearms seasons can expect to see upwards of ten bucks a day. These bucks range in size from the 130’s to the 170’s. The primary means of hunting will include long hours of glassing with high quality optics, as well as hunting food plots. For the avid archery hunters, Arizona has two different seasons. If you choose to hunt the early season of August and September, the primary means of hunting will be spot and stalk, as well as sitting over water and food plots. For the serious rut hunter, we offer December and January hunts. Hunters can expect to see eight to ten bucks a day, with many making the Pope and Young minimum. The primary means of hunting will include spot and stalk and sitting over water and food plots. 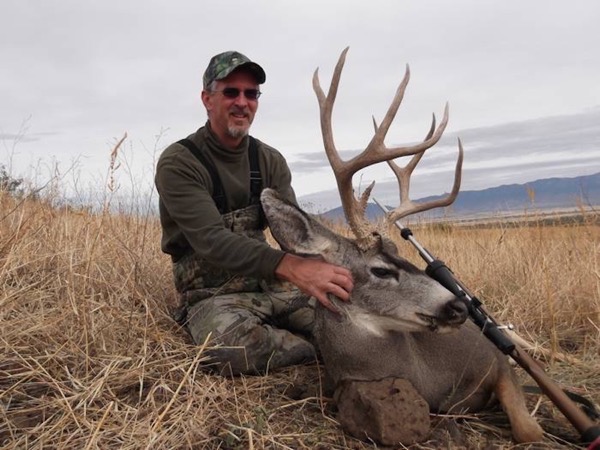 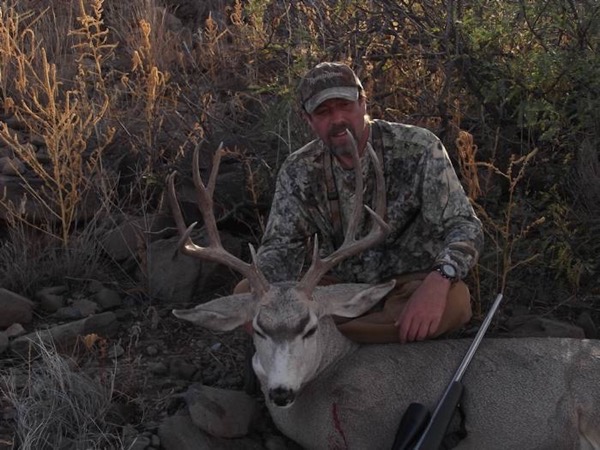 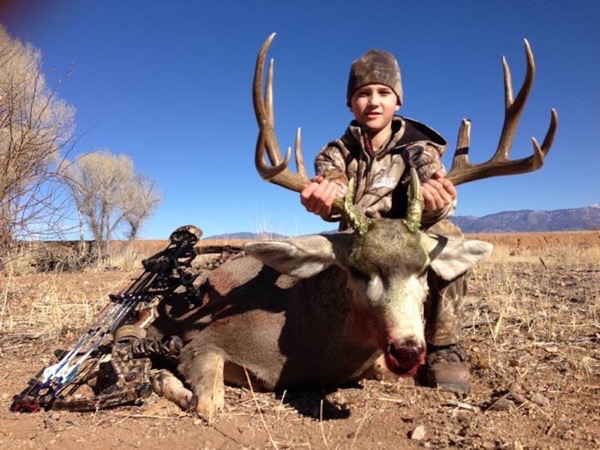 Those who choose to hunt in Mexico, be prepared to have the hunt of a life time! Ward’s Outfitters has over 450k acres leased in Old Mexico to conduct our Mule Deer hunts on. Depending on the hunt you choose you will either be hunting in Sonora or Chihuahua. You will be hunting on ranches that are extremely well managed. Hunters in Sonora will typically be high racking or sitting feed sources. Hunters can expect to harvest bucks 175”-200” bucks. Hunters that choose to hunt our chihuahua ranches will be glassing vast areas. Hunters can expect to harvest bucks ranging from 165”-190” bucks.

The mule deer gets its name from its large ears. Coat color is reddish-brown in summer, turning to a blue-gray in winter. Its forehead is much darker than its face, while its throat, belly and inner leg are white. Mule deer have white rump patches and short, narrow, black-tipped white tails. The mule deer is the larger of Arizona’s deer. Adult bucks may weigh in excess of 200 pounds and stand up to 42 inches at the shoulder. Does average 125 pounds. Typical mule deer antler configuration has each side branching equally into two main beams, each may fork into two tines. The size and number of ‘points’ is dependent on a combination of age, nutrition, and genetic background. The antlers of Mule Deer grow under a layer of skin called velvet. The velvet supplies blood to the growing antlers, which are soft. When fully grown, the antlers harden, the velvet dries, and is rubbed off. Antlers are composed of material similar to that of bone. Each year in the spring, after the breeding season has passed, antlers are shed. It is in preparation for the rut that mule deer grow antlers. Mule Deer Bucks are polygamous and fight for a harem of does during the winter breeding season. After a gestation period of about 190 days, the does give birth to spotted fawns, often twins. Mule Deer Fawns are ‘dropped’ about mid-summer. At higher elevations, the fawns are born early after the last spring storms to allow the young to grow large enough to withstand the winter storms. At lower, drier elevations, drop time is synchronized more with summer rains that bring on new plant growth. A fawn’s spots will disappear in about two months and the young will stay with their mother until the following spring. They will become sexually mature in a year and a half. In the wild deer have a life span of about ten years.

As befits Arizona's principal game animal, Mule Deer received some protection as early as 1887 when a four-month season of October 1 through January 31 was established by the territorial legislature. Buck-only hunting was instituted in 1893, and the season was gradually reduced until 1913 when the new state legislature authorized a two-month season and a two-buck bag limit. Even this was deemed excessive by the state's sportsmen, and a public initiative in 1916 reduced the limit to one buck deer to be taken during the month of October.

Despite a serious overpopulation of deer on the North Kaibab in the 1920s, Mule deer numbers appeared to decline in the rest of the state. In 1929, the mule deer season was closed south of the Gila River, and even as recently as 1946, fewer than 5,000 mule deer (more than 80 percent of all deer killed) were harvested in Arizona. Then, for reasons that are still unclear, deer populations began to increase. As the populations rose, doe and "any-deer" hunts were authorized. In 1961, an all-time high of 91,120 deer hunters took 35,897 deer. More than 86 percent of these were mule deer and nearly 10,000 were antlerless animals. Archery deer hunting was also beginning to provide a significant hunting opportunity.

A series of years of poor fawn survival followed. By 1970, fewer than 16,000 deer were taken and hunt success had fallen to 16 percent. With the institution of permit-only deer hunting the following year, hunter numbers dropped from more than 97,000 to fewer than 68,000. Only about 9,500 mule deer were reported harvested.

Deer permit numbers gradually increased after 1972, leveling off at around 70,000 per year between 1976 and 1982, when hunters took more than 12,000 mule deer, approximately 75 percent of the total deer harvest. Then, a series of wet winters resulted in an increase in fawn survival rates, and hunter numbers and the numbers of deer bagged increased accordingly until 1986, when nearly 86,000 hunters took 25,566 deer, of which 77 percent were mule deer.

Since then, another series of droughts has occurred and deer hunting opportunity is again being curtailed. Today, mule deer comprise about 60 percent of the total deer harvested. Prospects in the near future are even more discouraging, but mule deer are "boom and bust" animals. With the advent of better than average winter rains, mule deer populations will once again improve. The only question is when.

Mule Deer feed on grasses and forbs in the spring and summer, however, they are primarily browsers. They eat such items as twigs, bark, buds, leaves, and nuts. Important plants in a mule deer’s diet include mountain-mahogany, buckbrush, cliffrose, sagebrush, buckthorn, juniper, and oak. Most feeding is done at dawn and dusk, although human activity may cause a shift to more feeding at night. In Arizona, predation on deer is mainly by coyotes, bobcats, and mountain lions.